Since 1852, the Portage Viaduct has carried a rail line across the Genesee River Gorge, near the town of Portageville, New York. First made of timber, then replaced with a wrought iron structure after a destructive fire, the crossing became an icon for the community. Tasked with replacing the viaduct, bridge engineering firm Modjeski and Masters worked with the community and the Norfolk Southern Railway Co. to create a new iconic arch bridge for the gorge.

The Genesee River begins its northward flow in north central Pennsylvania and eventually empties into Lake Ontario in New York near the city of Rochester. Approximately halfway in between, about 50 mi from Buffalo, New York, and Rochester, near the town of Portageville, New York, the Genesee River flows into a deep, narrow gorge for about 18 mi. Because of the size of this gorge, it is commonly referred to as "The Grand Canyon of the East." This area is now encompassed by Letchworth State Park, a popular tourist destination known for its scenery, which includes three large waterfalls in the Genesee River. Located just to the south of the first waterfall, known as the Upper Falls, and crossing the gorge is a rail line and bridge now owned by Norfolk Southern Railway Co. (NS).

It is this crossing that has been known as the Portage Viaduct since 1852. The first crossing at this location was an 800 ft long, 234 ft high wooden trestle founded on sandstone piers. It opened in 1852 but was only in use for a few decades before it burned down in 1875. Within three months, a new wrought iron replacement crossing was completed and carried its first train across the gorge. A renovation of the superstructure took place in 1903, but by the 1990s, the bridge's aged condition required both a load restriction and speed restriction—to just 10 mph.

In 1998, bridge engineering company Modjeski and Masters Inc. (M&M) was hired by NS to explore methods for improving the capacity of the existing Portage Viaduct. These included rehabilitation and strengthening alternatives as well as replacement options. The three most feasible replacement options were determined to be a trestle-type span similar to the existing crossing, a truss span, and a spandrel-braced arch.

In 2006, the railway asked M&M to perform an in-depth inspection and load rating of the Portage Viaduct to better determine the scope of rehabilitation required if the existing structure were to be retained. Nearly all bending and tension members in the structure were found to have exhausted their calculated fatigue life, and most members also required significant strengthening to be brought up to Cooper E80 load capacity, which is the current design loading for railroads in North America. Therefore, rehabilitation was found to be impractical, and in 2006 M&M recommended replacing the structure. 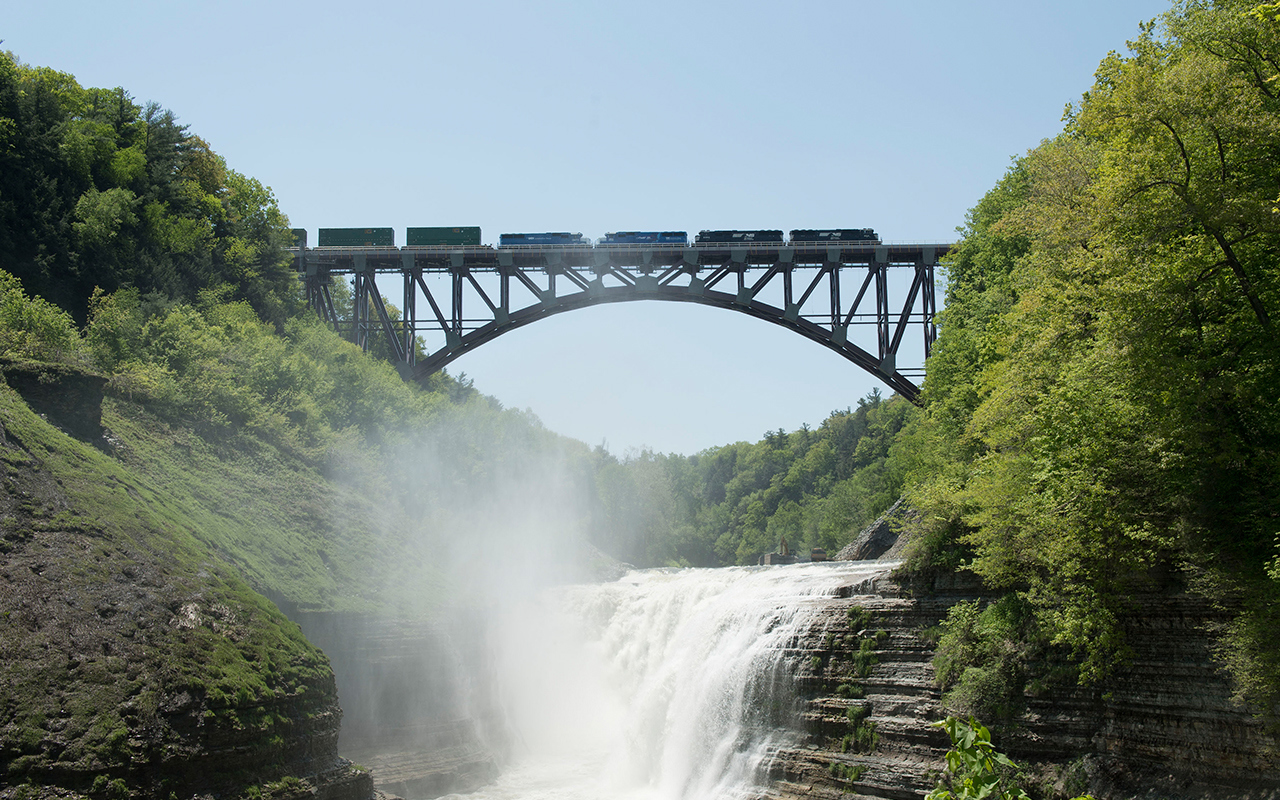 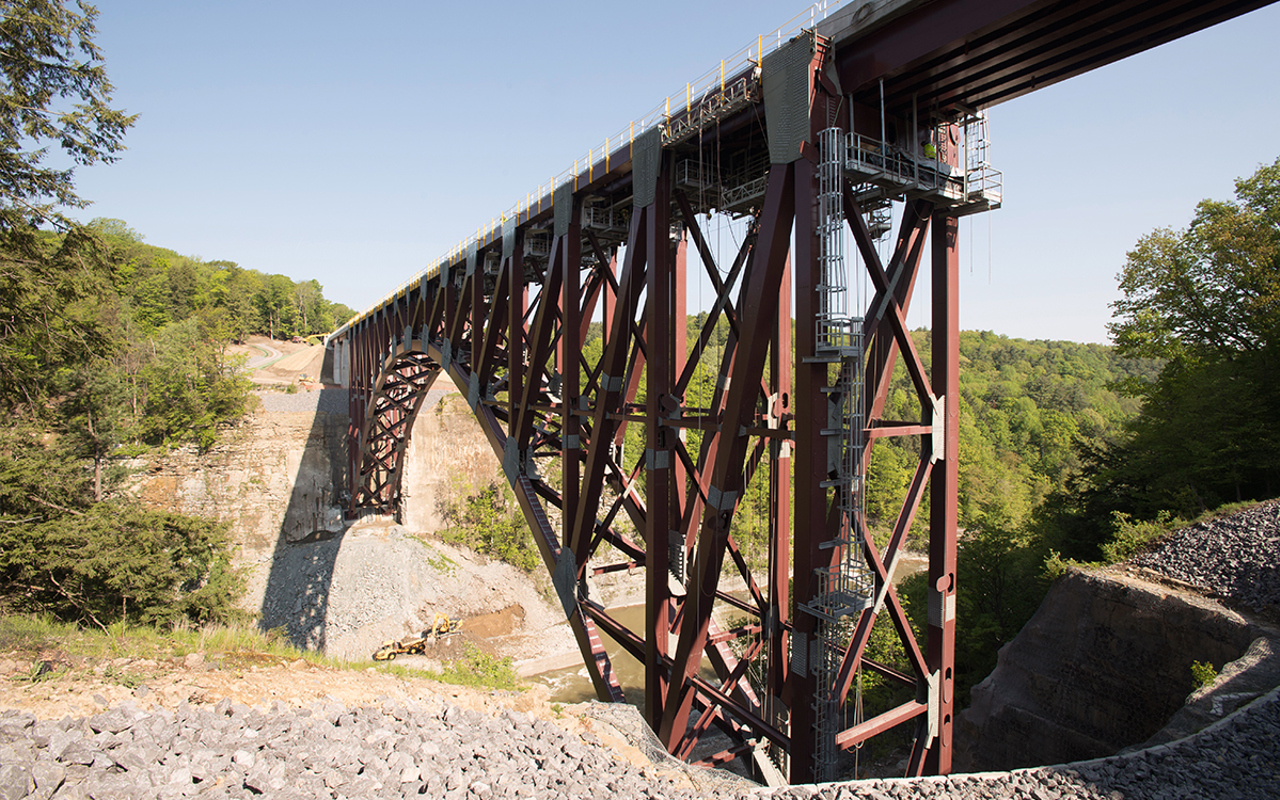 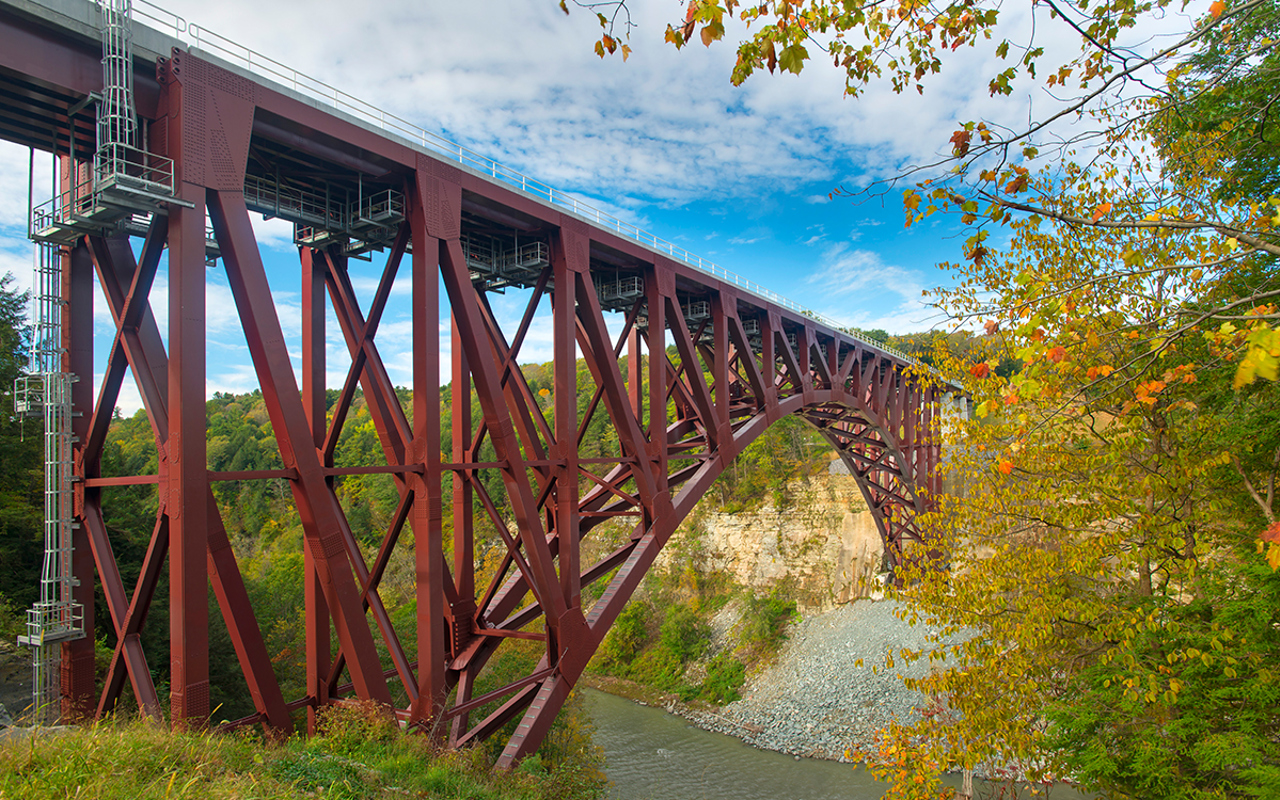 Modjeski and Masters did a very good job on the project from start to finish. They were instrumental in delivering a massive project of which we are all very proud.

2022 Masters of the Trade Scholarship Winner

Preserving the Past While Designing For the Future