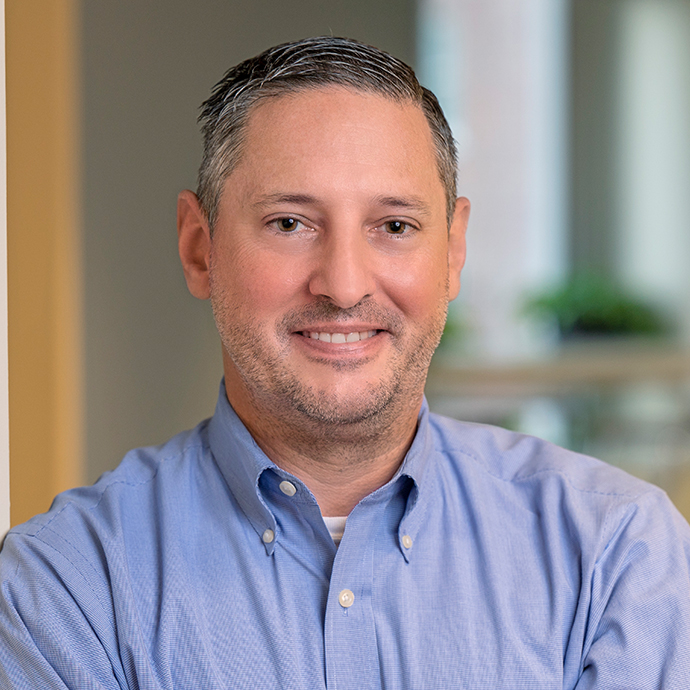 Modjeski and Masters, Inc. (M&M) is pleased to announce the appointment of Jason Doughty, PE, to Vice President.

Jason began his career at M&M in the New York office in March of 1997. He participated as a structural engineer performing superstructure and substructure designs, checking engineering work for code compliance, and overseeing plan and specification development for numerous projects. He gained experience in design and analysis of various bridge types including steel and concrete multi-girder bridges, trusses, arches, and cable-supported bridges.

Since relocating to North Carolina, Mr. Doughty has served as Design Engineer of Record for numerous fixed bridge projects and several movable bridge rehabilitation projects. He has experience leading the design of freight railroad bridges and has extensive experience with designing and analyzing Light-Rail Transit aerial structures.

"Jason has been instrumental in the successful start-up and continued growth of our Raleigh Regional Office.  He has developed and maintained relationships with key members of the North Carolina DOT and various contractors and consultants in the region, which have led to new assignments. His in-depth knowledge of alternate delivery systems has aided the firm in securing new work. He has recently led several successful corporate initiatives which have had a positive impact across the firm, further illustrating his leadership skills. Congratulations to Jason on his recent promotion,” states M&M’s President and CEO, Mike Britt.

Jason has contributed to many notable projects, including:

THE TITLE OF vice president HAS BEEN HELD BY DISTINGUISHED BRIDGE ENGINEERS AND GREAT LEADERS OF MODJESKI AND MASTERS OVER THE COURSE OF THE FIRM’S RICH HISTORY. I CONSIDER THE PROMOTION TO VICE PRESIDENT TO BE A HIGH HONOR AND A PRIVILEGE. I look forward to serving  THE FIRM IN THIS CAPACITY.

Jason graduated from Drexel University, Philadelphia, PA in 1996 with his B.S., and furthered his education at Manhattan College, Riverdale, NY obtaining his M.S. in 2001. Jason's Professional Affiliations include the AASHTO/NSBA Steel Bridge Collaboration Task Group 13 – Analysis of Steel Bridges and being a Friend of TRB AFF20 – Standing Committee on Steel Bridges. In addition, Jason currently is serving on the ACEC/NCDOT Bridge Subcommittee.