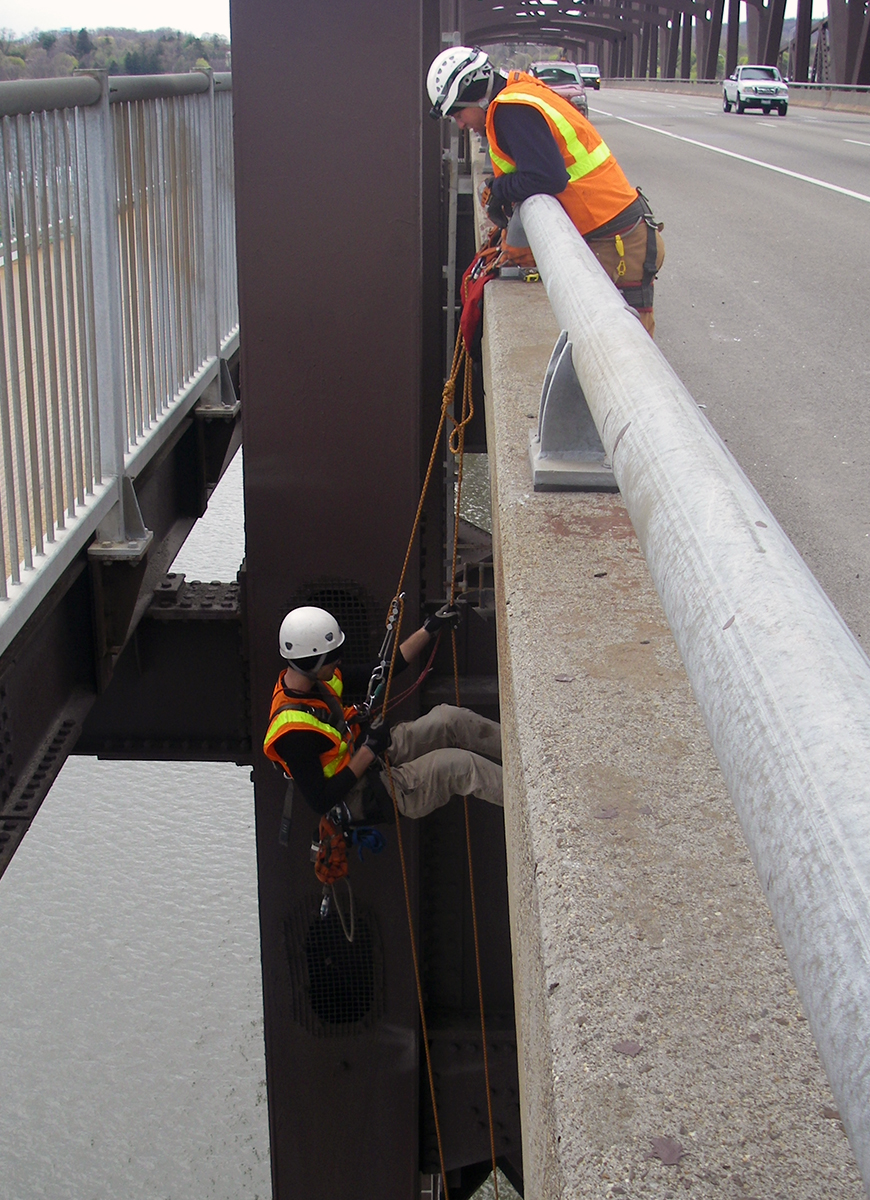 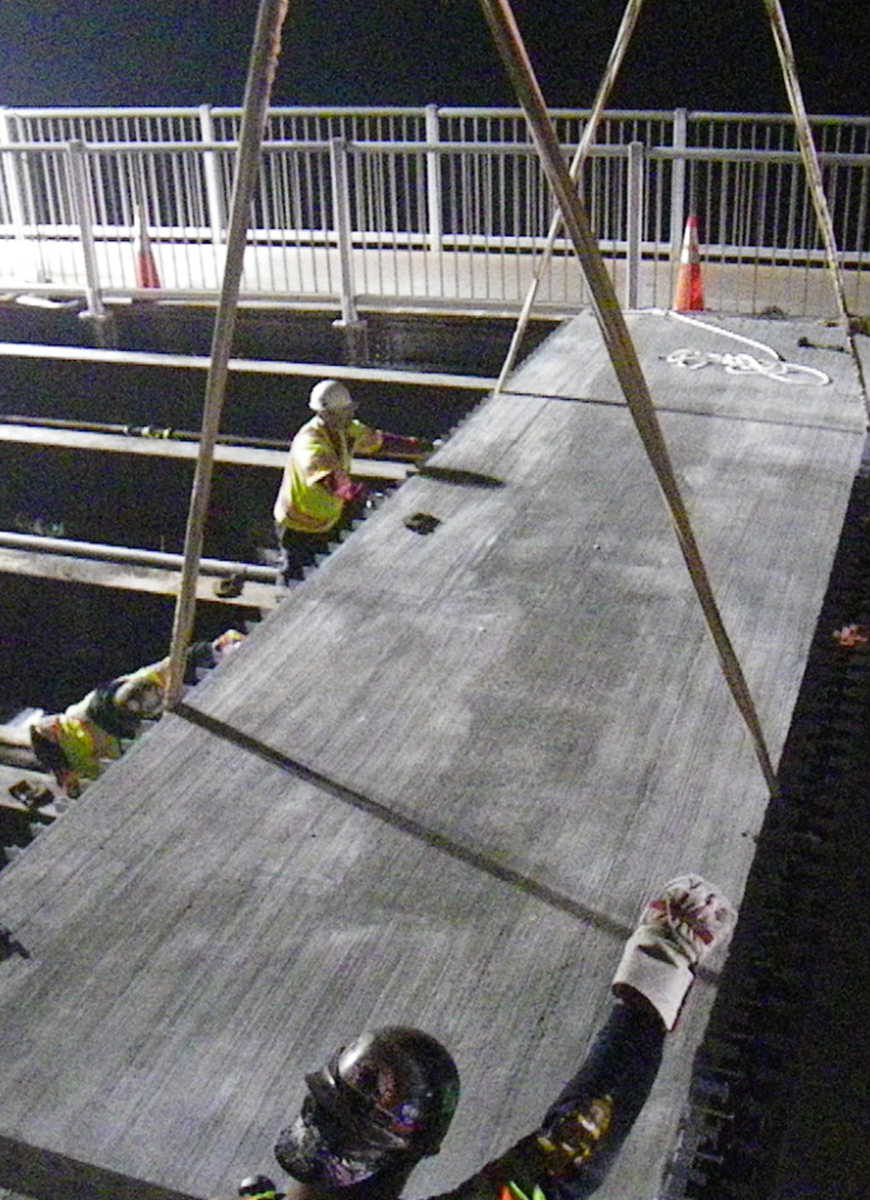 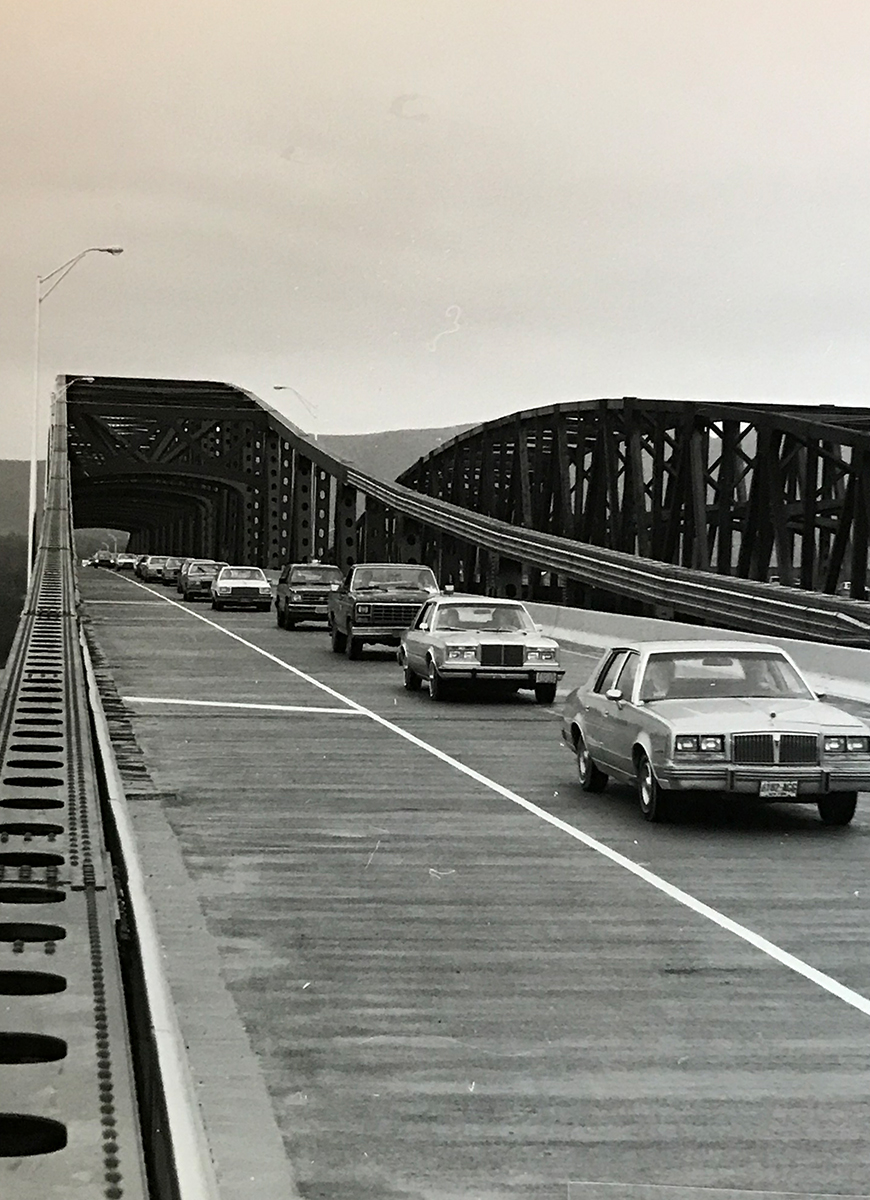 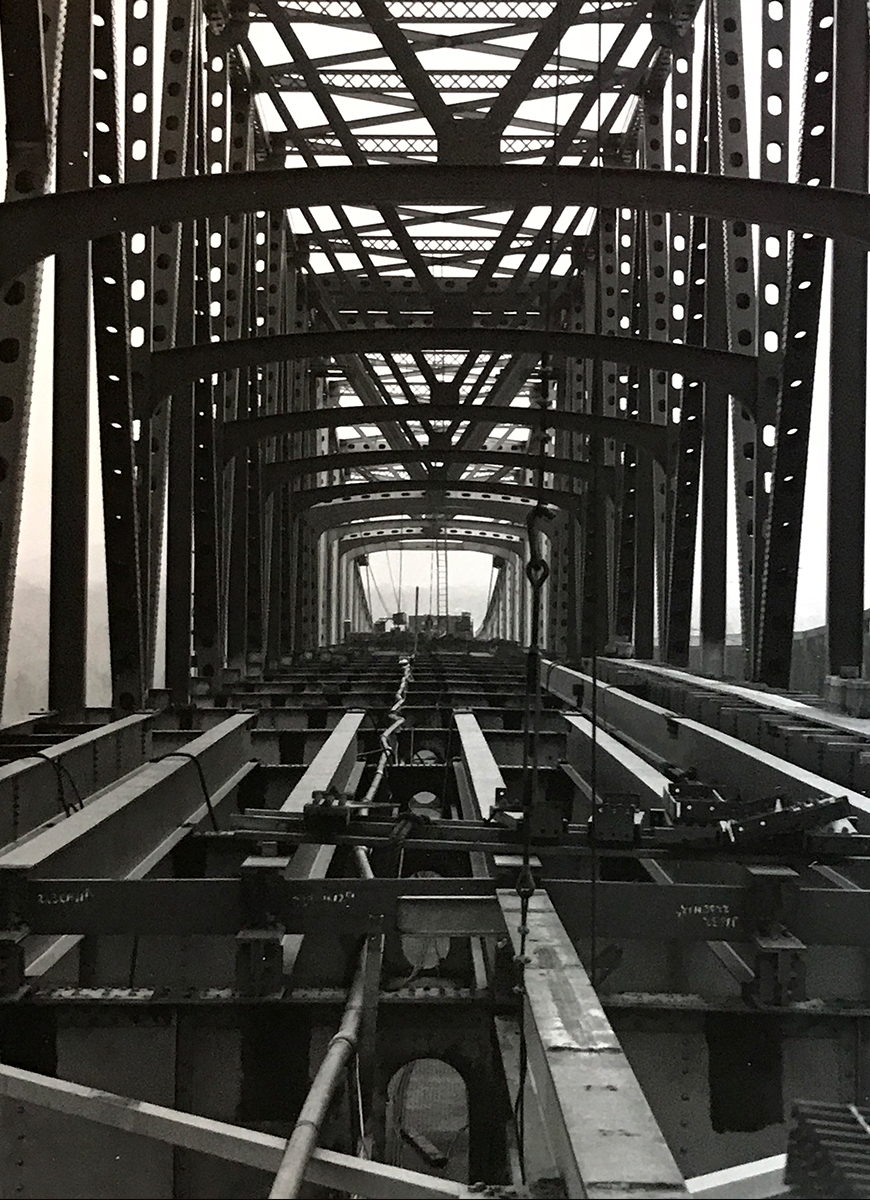 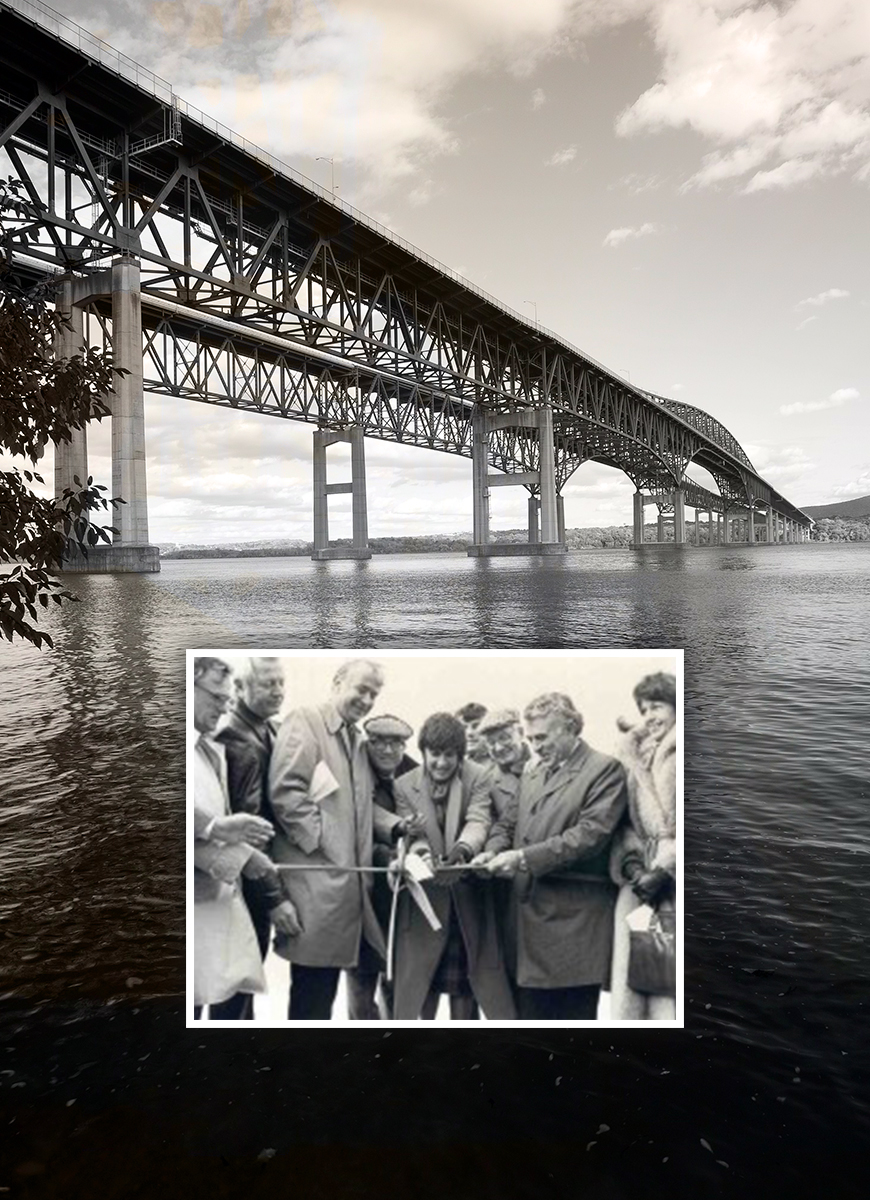 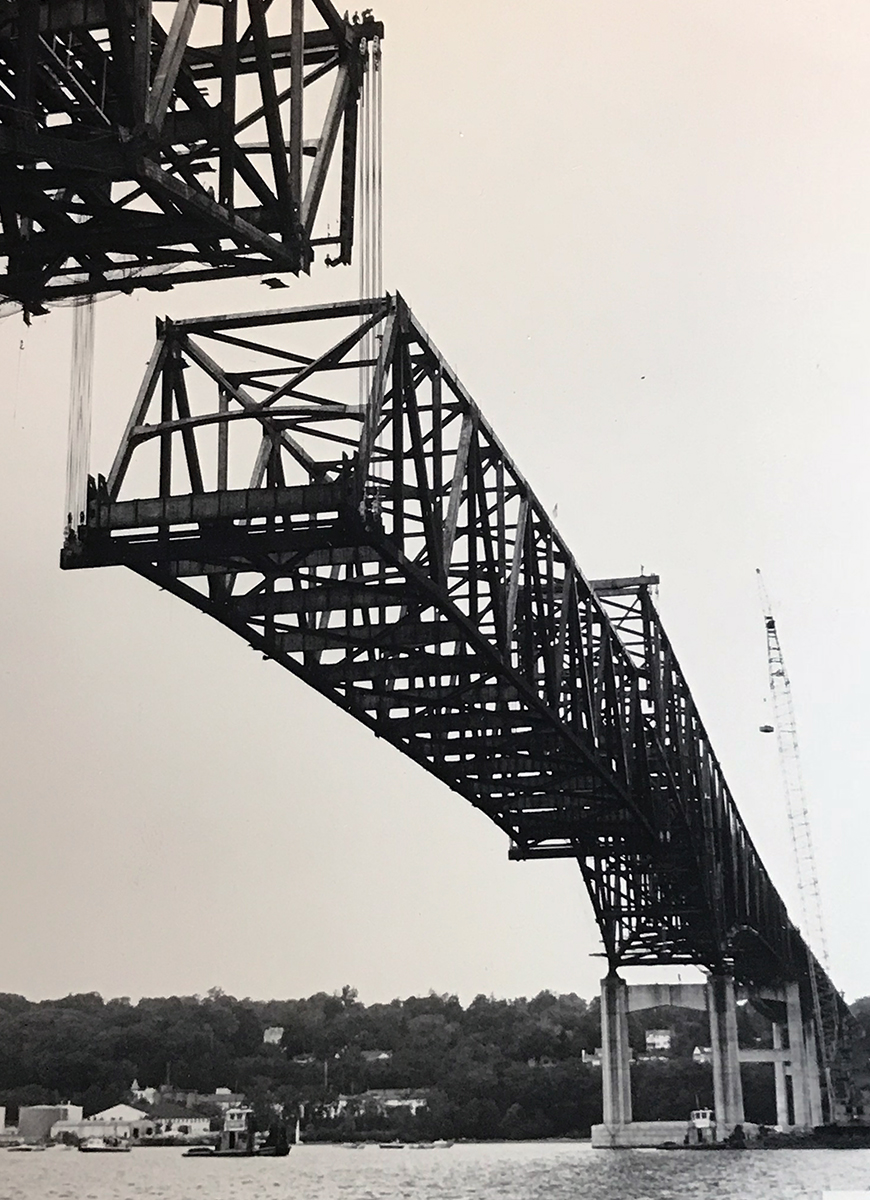 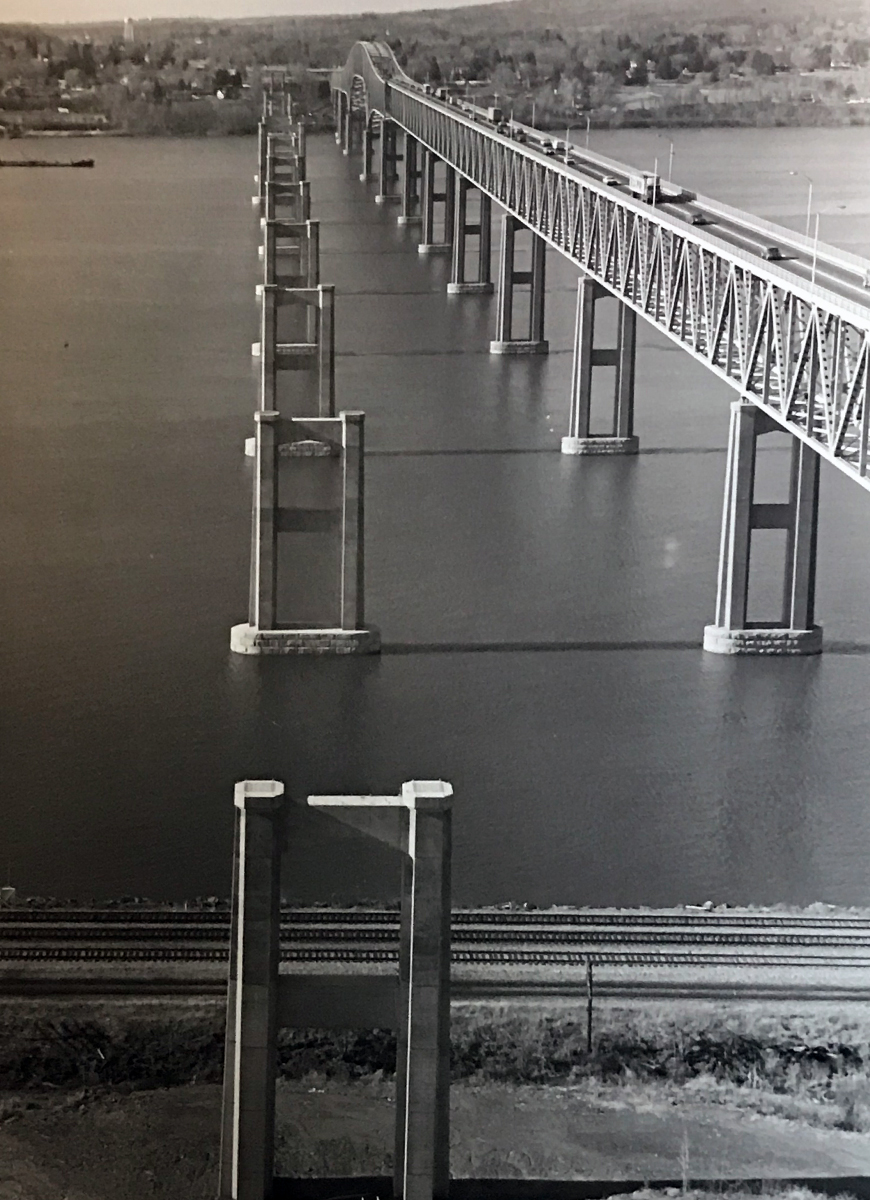 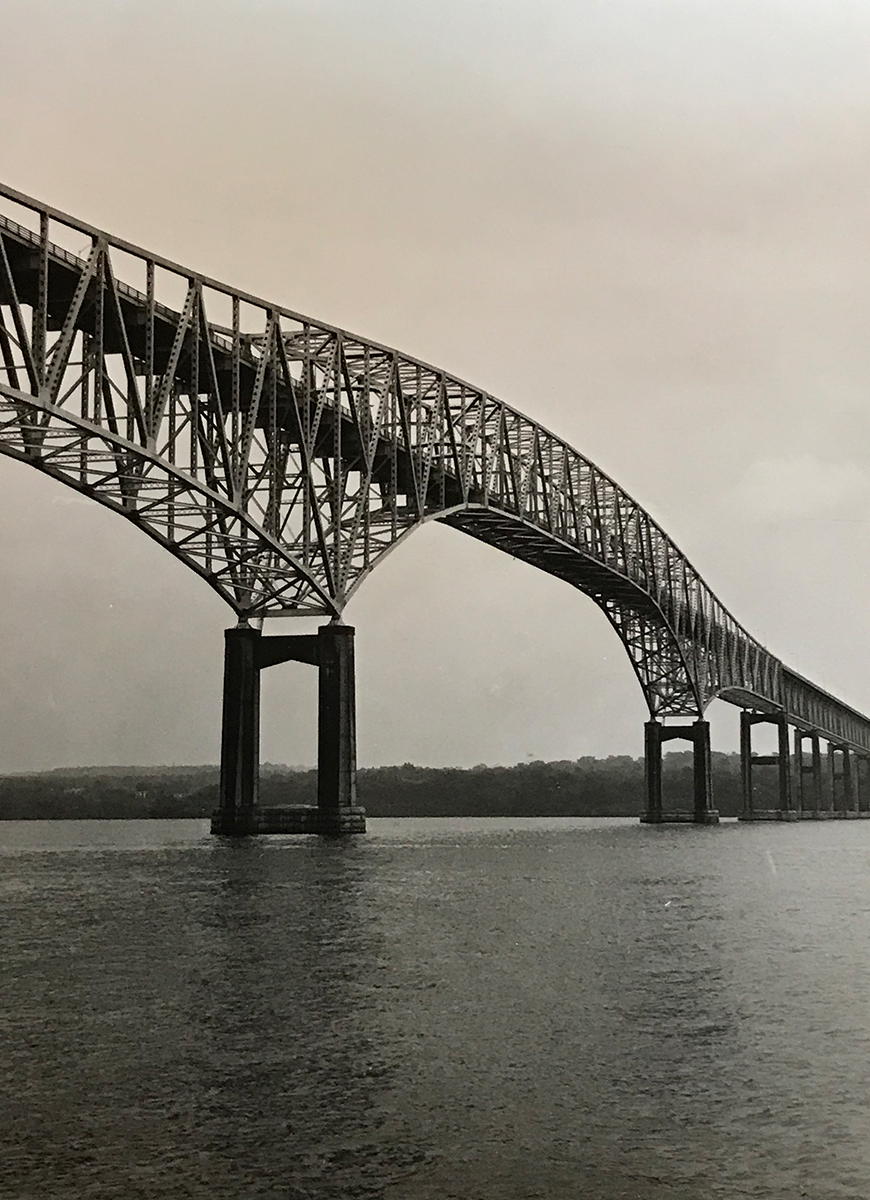 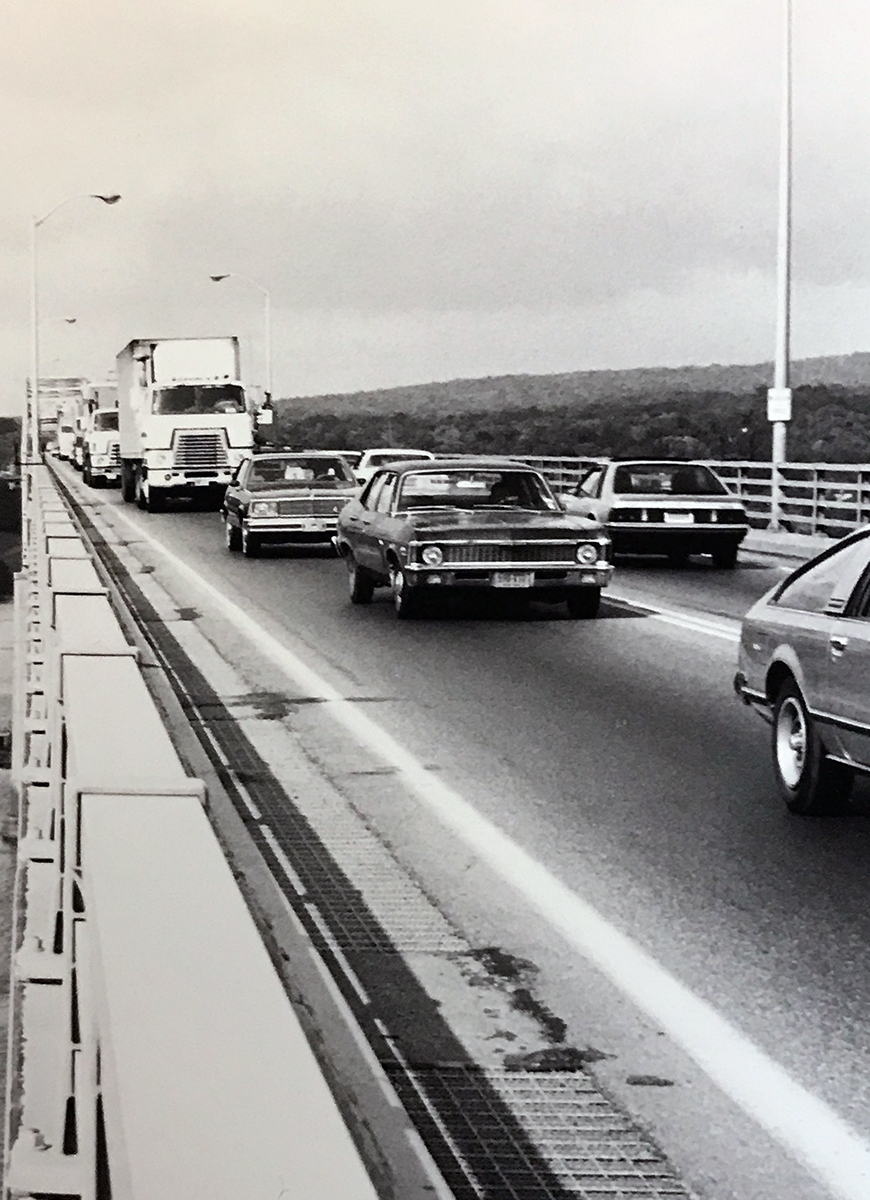 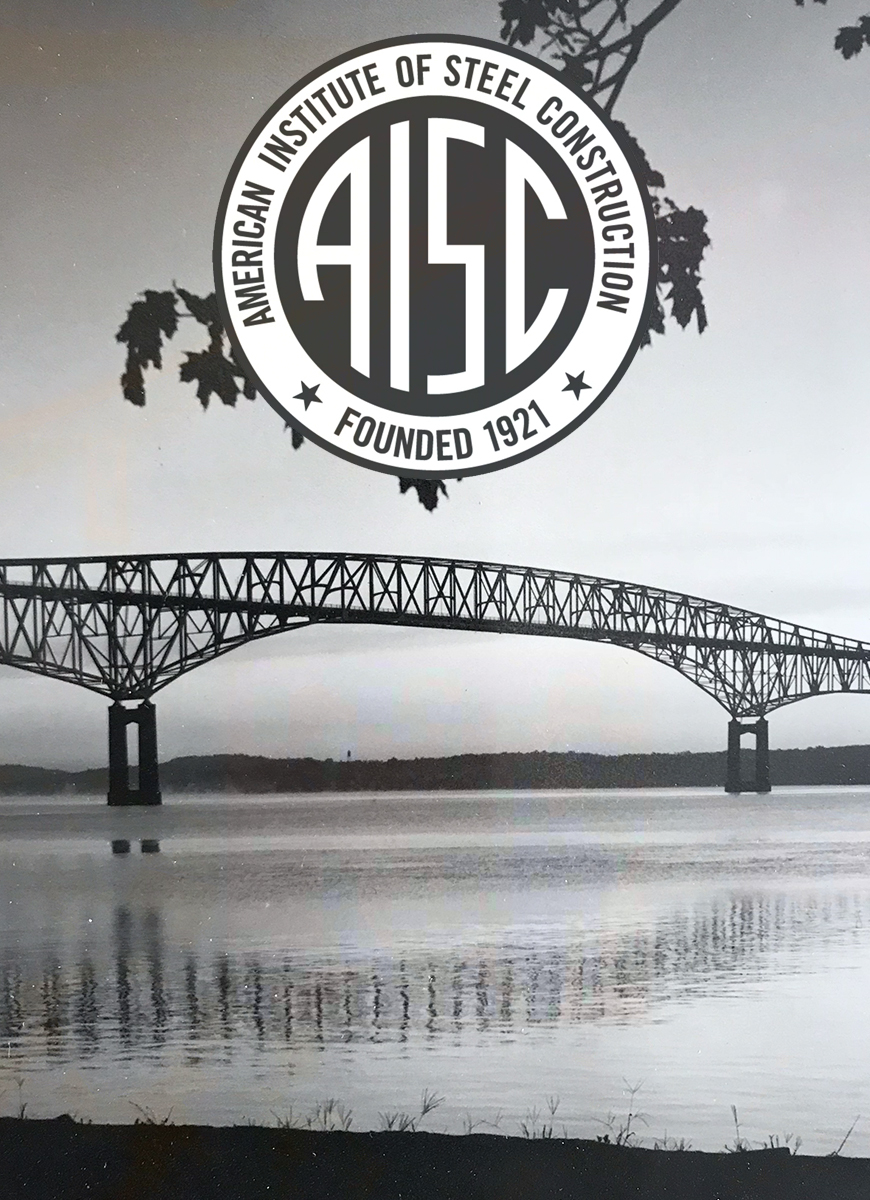 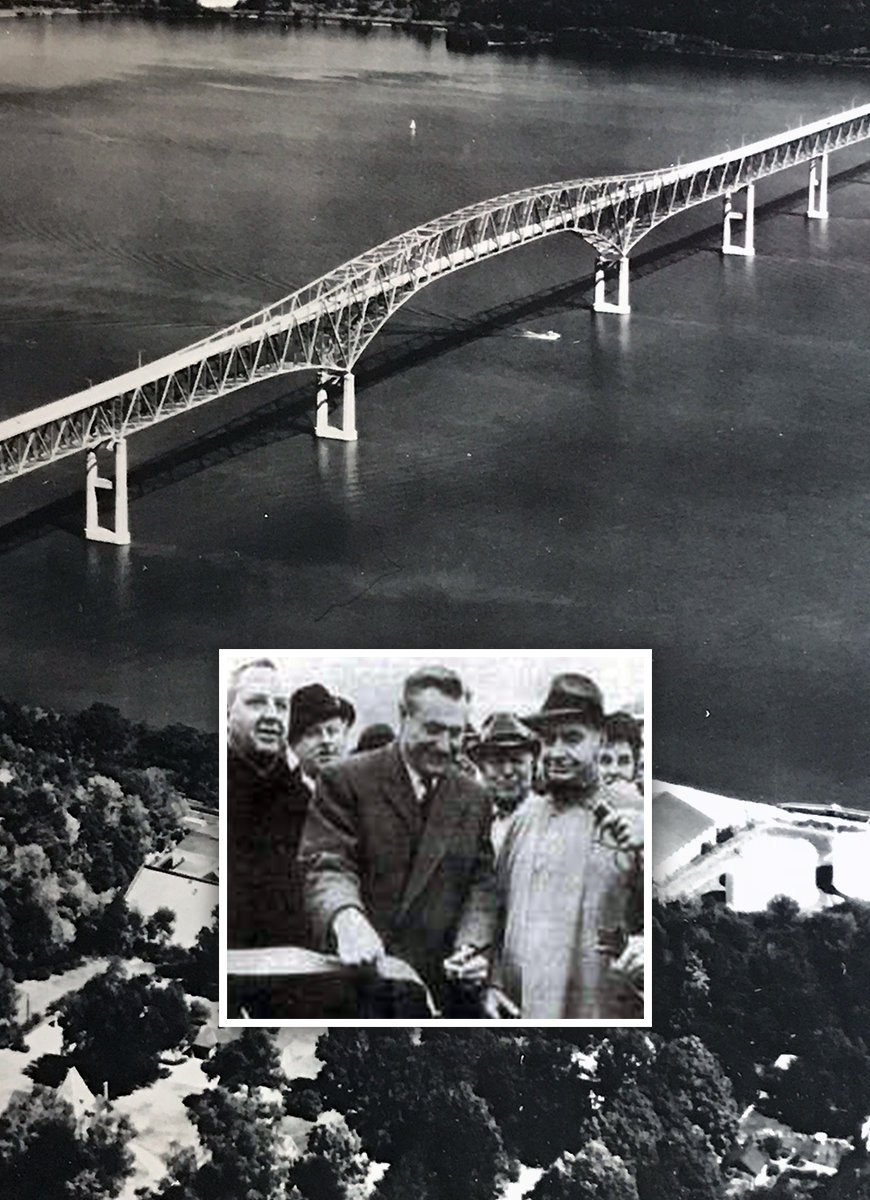 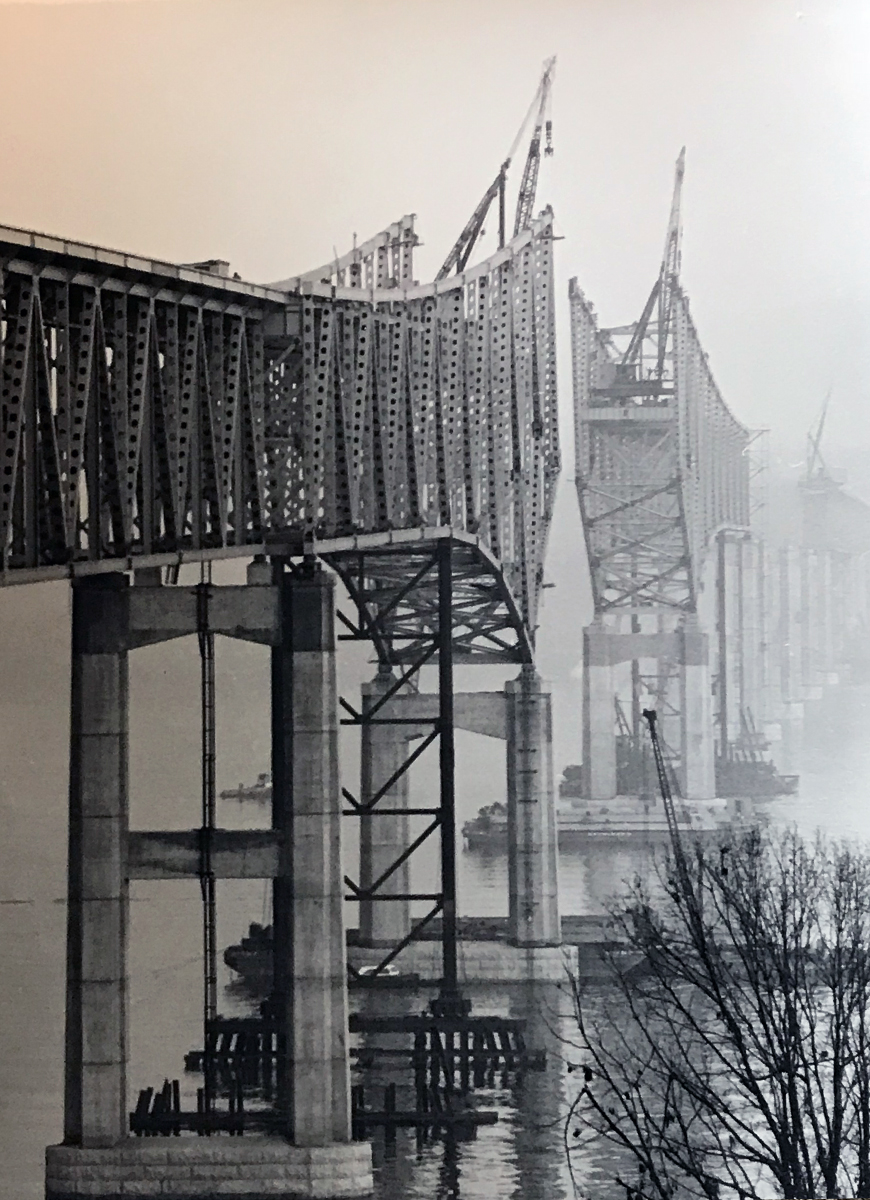 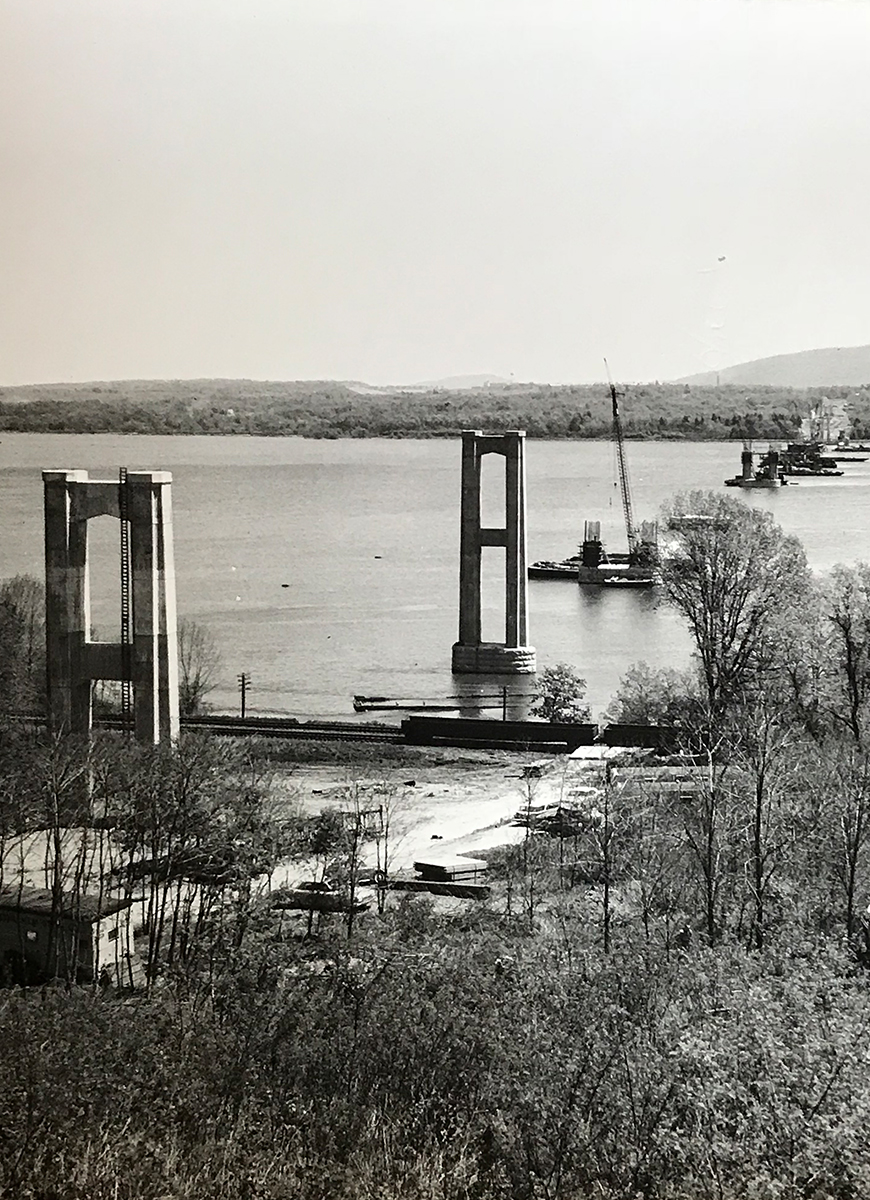 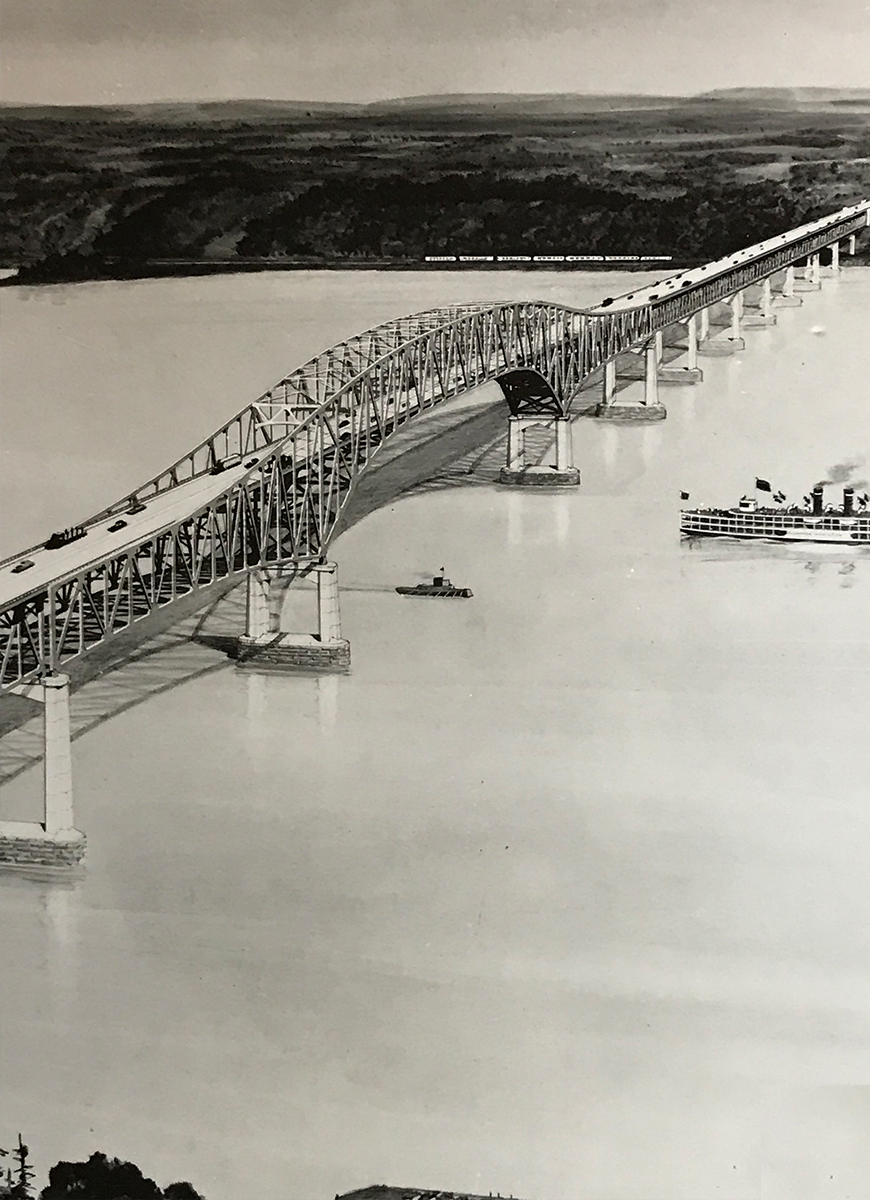 Modjeski and Masters was awarded the design of the new Hudson River highway bridge for the New York State Bridge Authority. It would connect the Cities of Newburgh and Beacon in New York state. It was initially decided that the bridge would carry 4 traffic lanes for a planned Interstate Highway. However, when anticipated federal funds were removed from the project, Governor Nelson Rockefeller lobbied to build a less expensive, two-lane bridge without federal assistance.

Construction started on the Newburgh-Beacon Bridge substructure in March 1961. Shown here is construction progress as of May 10, 1962 with pier construction well underway.

On November 2, 1963, then-Governor Nelson Rockefeller cut the gold ribbon on the bridge, officially opening it to traffic.

The Newburgh-Beacon Bridge wins the 1965 "Most Beautiful Bridge" Award (for Long-Span Bridges) from the American Institute of Steel Construction (AISC).

Before its construction, it was estimated that the Newburgh-Beacon Bridge would carry 25,000 cars each day, requiring a four-lane design. When funding became difficult, then-Governor Rockefeller had decided that the bridge would never carry that many vehicles, and a two-lane structure would be sufficient. Unfortunately by 1964, 25,000 vehicles were using the bridge on a daily basis, and traffic jams were becoming a major problem. Modjeski and Masters was tasked with studying a second bridge parallel to the existing bridge.

Modjeski and Masters was again retained to design a new 7,783-foot long highway bridge to carry four Eastbound lanes of Interstate 84 across the Hudson River. The new bridge would have a similar cantilever through-truss main span of 1,000-feet, a vertical clearance of 180-feet, and an 8-foot wide pedestrian walkway.

Construction on the bridge substructure units commenced in early 1977. Shown here is construction progress as of December 1978. Work would also begin on several approach roadways and toll plaza.

With major work on the substructure completed, the superstructure work started in January 1979. Shown here is a major construction milestone on August 20, 1980 with the lifting of the main cantilever suspended span. Work would continue on the bridge for another two months

Bridge dedication ceremonies took place on November 1, 1980, almost 17 years after original span was dedicated. The bridge was officially opened with a motorcade of local officials and dignitaries riding over the bridge from the Beacon toll plaza to Newburgh and back.

Modjeski and Masters was retained to design a widened deck on the Westbound Newburgh-Beacon Bridge. The widened deck would have the ability to carry three lanes of traffic instead of two as originally designed.

The widened deck on the Westbound bridge was opened to traffic on June 2, 1984. It was also repainted to match the protective rust color of the weathering steel on the new Eastbound bridge.

Modjeski and Masters prepared a design report for the redecking of the Eastbound bridge. The project consisted of preparing a design report, for a total $75 Million deck replacement project. We then participated in the final design development for the redecking by conducting a constructability review and preparing an independent cost estimate prior to advertisement of the project.

Modjeski and Masters has performed numerous maintenance and repair projects since the bridge opened. A 100% hands-on visual inspection is made of all fatigue sensitive and fracture critical members during each biennial inspection, with a maintenance Inspection performed in alternating years. M&M has partnered with the authority to conduct these inspections for the entire life cycle of both bridges.